Do you believe in love stories? Nikita and Moji’s story is a beautiful love story, and a wedding in Cabo San Lucas, Mexico, makes it all the better.

“We met at a Hindu summer camp when we were very young. We started dating in May of 2005. We have been together since and lived together for almost eight years. We have been through our ups and downs and have consistently supported each other through our relationship. He asked me to marry him April 4, 2014, in Kauai, Hawaii. The proposal was magical. We took a helicopter tour of the Na Pali coast in Kauai and landed at Jurassic Falls where he proposed to me. The reason we have on blue booties in the proposal picture is because the land is untouched in that area of Kauai so we could not even walk on it! I am so excited to marry him finally. We have been together for over a decade and are high school sweethearts.”

It was this touching story that gave a unique zest to Nikita and Moji’s special day. The bride and groom’s families helped plan a beautiful and colorful traditional Hindu wedding together with us. A delicious lunch at Flora’s Farm by the groom’s family and a delicious dinner by the bride’s parents tipped off the wedding day in their honor just a day before the wedding.

It was an absolute dream to see a wedding that embraced every single aspect of Hindu culture, from Nikita’s traditional mehndi (henna) to Moji’s baraat (a wedding kick-off dance by the groom and his family) from the hotel to the ceremony. Even more magical was the milni, the unity of the two families. The bride’s parents welcomed Moji with the aarti, placing red powder in his head, followed by the exchange of the flower garlands between the bride and the groom – promising their forever love.

Every detail tailored to the bride and groom’s traditional culture… except for the cuisine. Mexican cookies and horchata greeted their guests at the start of the celebration, and an exquisite dinner sealed the day’s palate delights. Nikita and Moji entertained their guests with an exhilarating fire show, while fire flares and sparkles illuminated the evening sky. It was a magical and unforgettable today for the families and for us.

Our favorite wedding watches for 2021 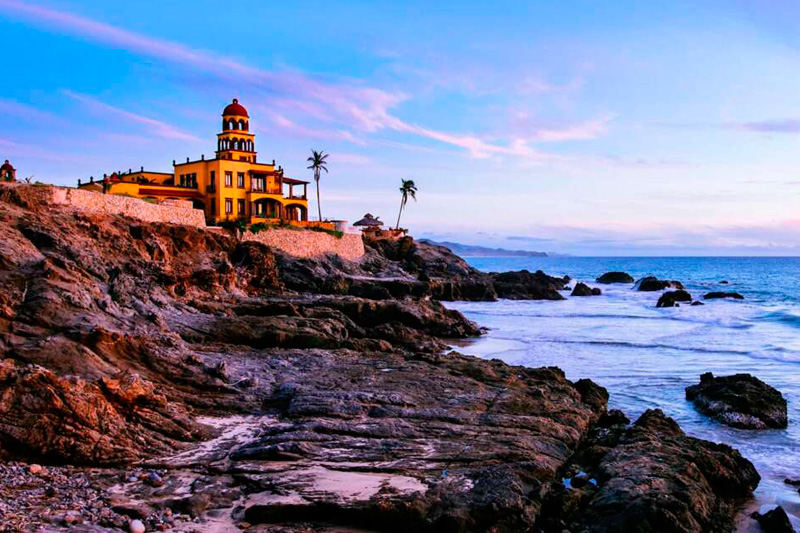 Your wedding in Todos Santos, the perfect destination for the most romantic experience

The beautiful intimacy of Micro Weddings